My Spilman ancestors, starting with my mother!

(Click on the names to go backwards and forwards in time). 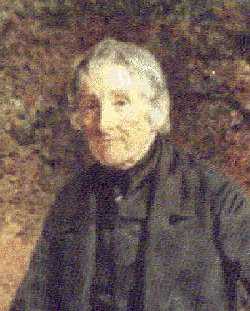 Some pictures of Spilman ancestors !

History of Whitton, Lincolnshire with lots of surnames...

Photographs of places with Spilman Connections 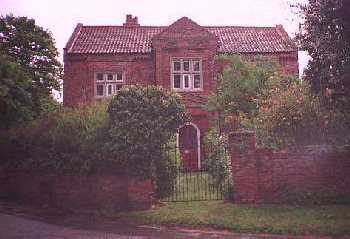 Walcot is a hamlet about half a mile to the south of Alkborough.

Thomas Spilman, came to north Lincolnshire in 1660 from Harlow in Essex and with his brother Edward, leased the Walcot estate for 15 years. It is believed that they lived in this house before moving to the nearby village of Winteringham.

More about Thomas Spilman at the bottom of this page ........ 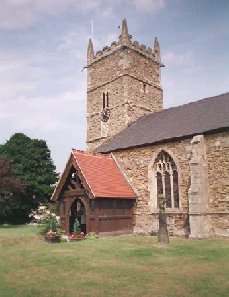 There are Spilman gravestones on the north side of the church yard. Alex Aitken's stone is also there.

The earliest written record known for the church is 1052 and the tower probably dates from the same time. The tower has four stages each separated by a plain string course. The first three stages show Anglo-saxon features, the fouth stage being later, probably 13th century. The rubble walls are strengthened at the corners by quoins - larger more regular stones.These are arranged alternately, which is a Saxon characteristic. 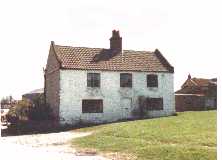 The 'White House' in Whitton

Spilmans lived here from the early 1800s until 1853 when they moved up the main street to Grove Farm (below) .

The space in front of the house is perhaps the nearest Whitton has to a village.'green'. The founder of the Methodists, John Wesley is supposed, in Spilman family legend, to have preached here and to have taken refreshments in the house. In his diary he says, for June 24 1743, that he came to nearby Alkborough and " spoke to a stupidly attentive audience" I like to think that my ancestors were numbered in the audience that mid-summer day !

Probably the first Spilmans to live here were Thomas and Harriet and they are thought to have moved from The White House in 1853 to accommodate their growing family which eventually numbered ten children. The house was eventually sold in 1977 following the death of Thomas Levick Spilman, Thomas' grandson. 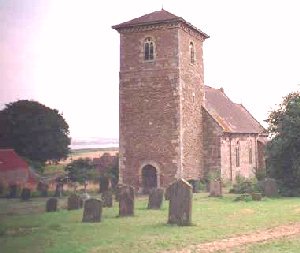 To the left of the church, the River Humber is visible on its way east to the North Sea.

The church of St John the Baptist is a building of stone consisting of a nave and a small tower of Norman date containing 3 bells; the base of the tower forms the porch; the font is ancient .There is a stained glass window dedicated to Henry Spilman who was killed in WW1. The tower was repaired at the expense of Thomas Levick Spilman in memory of his son Tom killed in WW2.

The parents of Dan Spilman who emigrated to America in 1870 - Thomas and Harriet are buried in the far corner of the churchyard.

Who was Captain Thomas Spilman ?

Oliver Cromwell died on the 3rd September 1658 and his eldest son Richard Cromwell succeeded. In 1659 Richard dissolved Parliament, and soon after resigned the Protectorship. A conspiracy and insurrection of the old loyalists was discovered in Cheshire and General Lambert was appointed to take command of the army to put it down. Amongst Lambert's Regiment of Horse was a gentleman from Harlow in Essex named Captain-Lieutenant Thomas Spilman.

Sir George Booth, on hearing that the Parliamentarian General Lambert was approaching the city of Chester, marched on Lambert's army with 3,000 of his troops and engaged him in battle at Northwich, where Booth was defeated. Lambert then carried on to Chester. As a punishment, Parliament dissolved the Chester Corporation and ordered that the city should no longer be a separate county - however, the Parliamentarians did not hold power long enough to enforce the order.
Parliament resolved on 23 August 1659 that "That a jewel of one thousand pounds’ value, with a letter of thanks, be presented to Lambert, as a mark of favour for this signal service." and ".......also to see that £100 is given to Captain-Lieutenant Spilman" .

In November 1659, General Monk appeared with his army on the borders of Scotland, and Lambert was ordered to meet him, and would have fought him at Newcastle; but, against his advice, a treaty was arranged between Monk and the Council of State, which ended in the restoration of Charles II to the throne.

Lambert returned to London, and General Monk’s had him imprisoned in the Tower of London. Lambert escaped, but was seized at Daventry by Colonel Ingoldsby. After being held on the Channel Islands for several years he was moved to Drake’s Island, in Plymouth Sound in 1667, and he died there during the winter of 1683.

This site is generously hosted by Genealogy Village